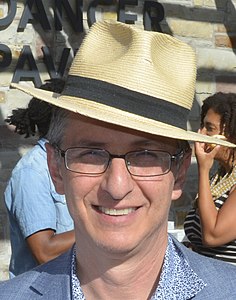 Who is Jack Blum?

Jack Blum is a Canadian writer, producer, director, story editor, actor, educator and communications consultant based in Toronto, Ontario, Canada. With his longtime partner Sharon Corder, he has written and produced more than fifty hours of television drama for both Canadian and American broadcasters. His early acting career included the role of Spaz in the comedy hit Meatballs, as well as appearances in dozens of other feature films and television shows. In the theatre, he directed productions across Canada and was Associate Artistic Director at the La Jolla Playhouse in California. He has written many articles about the film industry for periodicals, taught courses in screenwriting, and been active as a lobbyist for indigenous Canadian film production. He has worked as a communications consultant for several prominent Canadian politicians. Since 1998 he has served as Chair of the Credit Arbitration Committee of the Writers Guild of Canada.

Discuss this Jack Blum biography with the community: