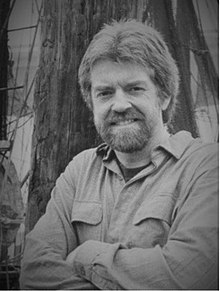 Who was Jack Leigh?

John David "Jack" Leigh II, a native of Savannah, Georgia and a graduate of The Savannah Country Day School and the University of Georgia, was a photographer and author, best known for the cover photograph on the novel Midnight in the Garden of Good and Evil. The photograph itself, largely considered a major factor in the success of the novel, featured the "Bird Girl" statue from the Bonaventure Cemetery in Savannah.

Already well known locally as a portrait and documentary photographer, Leigh was commissioned by Random House for the photograph. Leigh wrote and published five books on photography. His former photo gallery was a popular tourist attraction in the Historic District of downtown Savannah. He died May 19, 2004, in Savannah of colon cancer. He is fittingly buried in Bonaventure Cemetery.

Oystering: A Way of Life

Seaport: A Waterfront at Work

The Land I'm Bound To Photographs

Discuss this Jack Leigh biography with the community: