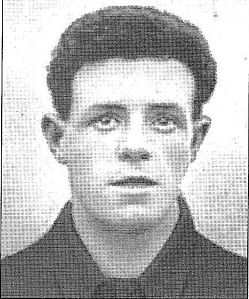 Who was Jack Maddock?

John "Jack" Maddock was an English footballer, noted for his 'rifle shot'. He played in the right-back position for Stoke between 1919 and 1921, before signing with Port Vale following a two years spell at Macclesfield Town. He spent eight years with Vale, before joining Crewe Alexandra in 1931. He later played for non-league sides Nantwich and Audley United. He won the Third Division North title with Port Vale in 1929–30.

Discuss this Jack Maddock biography with the community: