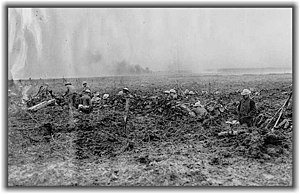 Who was Jack Turner?

Turner was a soldier with the Second Canadian Siege Battery during the First World War. While in Europe he smuggled a German-built 2" x 3" format camera with him and took approximately 99 photographs from the war zone.

After the war, Turner returned to PEI, married and took up farming in Knutsford, Prince Edward Island.

Discuss this Jack Turner biography with the community: