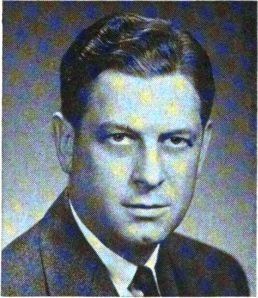 Who was Jackson Edward Betts?

Jackson Edward Betts was a Republican member of the U.S. House of Representatives from Ohio.

Jackson Edward Betts was born in Findlay, Ohio. He graduated from Kenyon College in Gambier, Ohio, in 1926, and from Yale Law School in New Haven, Connecticut, in 1929. He was admitted to the bar in 1930, and commenced the practice of law in Findlay, Ohio. He served as prosecuting attorney of Hancock County, Ohio, from 1933 to 1937. He was a member of the Ohio House of Representatives from 1937 to 1947, serving as speaker in 1945 and 1946.

Betts was elected as a Republican to the Eighty-second and to the ten succeeding Congresses. He was not a candidate in 1972 for reelection to the Ninety-third Congress. He was a part-time teacher at Findlay College from 1973 to 1983 and acting judge of Findlay Municipal Court from 1981 to 1989. He was a resident of Findlay, Ohio, until his death there on August 13, 1993.

Discuss this Jackson Edward Betts biography with the community: