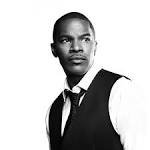 Who is Jamie Foxx?

He is also a Grammy Award winning musician, producing three albums which have charted highly on the Billboard 200: Unpredictable, which topped the chart, Best Night of My Life, and Intuition. Foxx starred in his own television show, The Jamie Foxx Show, as Jamie King. In 2012, Foxx starred in the film Django Unchained, and he will star as the villain Electro in The Amazing Spider-Man 2 in 2014.

Discuss this Jamie Foxx biography with the community: