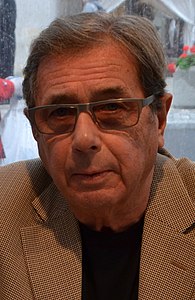 Janusz Gajos is a Polish actor.

He graduated in 1965 from the National Film School in Łódź as one of its best students despite having been rejected during entrance exams for three times. He debuted while he was still in film school in children's film Panienka z okienka in 1964. Shortly afterwards he was cast in a role of Janek Kos in a widely popular TV World War II series Czterej pancerni i pies. He starred in numerous other films and theatrical plays, notably in Krzysztof Kieślowski's Three Colors: White.

Discuss this Janusz Gajos biography with the community: