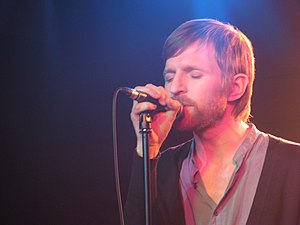 Who is Jay-Jay Johanson?

Jäje Johanson, better known by his stage name Jay-Jay Johanson, is a Swedish singer-songwriter, known for his melancholic vocals. His music has integrated the trip hop genre until he switched his sound to a more electroclash-oriented direction with his 2003 album Antenna, which featured "On the Radio". After this album, he came back to his characteristic sound after he released The Long Term Physical Effects Are Not Yet Known in 2007.

Discuss this Jay-Jay Johanson biography with the community: