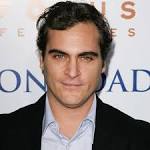 Who is Joaquin Phoenix?

Joaquin Rafael Phoenix, formerly credited as Leaf Phoenix, is an American actor, music video director, producer, musician, and social activist. Phoenix started his career as a child actor and came to wide attention for his portrayal of Commodus in the 2000 historical epic film Gladiator, directed by Ridley Scott, which earned him a nomination for the Academy Award for Best Supporting Actor as well as nominations for the Golden Globe Award, Screen Actors Guild, Satellite Award, and BAFTA Award. He received wider recognition for his portrayal of musician Johnny Cash in the 2005 biographical film Walk the Line. His performance earned him several accolades and nominations, including the Golden Globe Award for Best Actor – Motion Picture Musical or Comedy and a nomination for the Academy Award for Best Actor. He received his third Academy Award nomination for his critically acclaimed performance in the 2012 film The Master.

Aside from his acting career, he has also ventured into directing music videos, as well as producing movies and television shows. He has recorded an album, the soundtrack to Walk the Line, for which he won a Grammy Award.

Discuss this Joaquin Phoenix biography with the community: