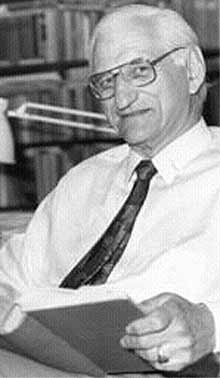 Who was Johan Heyns?

Johan Adam Heyns, was an influential Afrikaner Calvinist theologian and moderator of the general synod of the Nederduits Gereformeerde Kerk. He was assassinated at his home in Waterkloof Ridge, Pretoria. Although his murder was never officially resolved it is widely believed that it was directly related to his criticism of Apartheid. Nelson Mandela paid homage to him as a martyr for his country and a soldier of peace.

Discuss this Johan Heyns biography with the community: