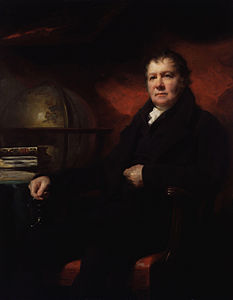 Who was John Playfair?

John Playfair FRSE, FRS was a Scottish scientist and mathematician, and a professor of natural philosophy at the University of Edinburgh. He is perhaps best known for his book Illustrations of the Huttonian Theory of the Earth, which summarised the work of James Hutton. It was through this book that Hutton's principle of uniformitarianism, later taken up by Charles Lyell, first reached a wide audience. Playfair is also remembered for his proposal of an alternative to Euclid's parallel postulate.

Discuss this John Playfair biography with the community: