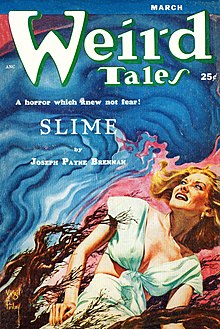 Who was Joseph Payne?

Joseph Payne was a British/Swiss German harpsichordist, clavichordist, organist and musicologist, whose world-wide reputation was based on his performances of music of all periods, though best known for his pioneering recordings of early keyboard music accompanied by his meticulously informative liner notes.

He was born in the Chahar province of China in 1937, the son of a British father, Joseph, and a Swiss-German mother, Wilhelmina, who were licensed preachers and missionaries to Mongolia. During World War II he and his family were imprisoned in a Japanese internment camp in Shanghai. The family subsequently moved to England and then to Switzerland, where Payne received his primary musical education. where, while studying at the Collège de Vevey, Payne exhibited an aptitude for languages and an interest in the music of Johann Sebastian Bach and started receiving musical education.

Payne's family moved again, this time to Connecticut, where his father became the pastor of Faith Assembly of God in Hartford. However, Rev. Payne's health had been compromised by the tortures of the internment camp, from which he never fully recovered. He served the Hartford church from 1951 till a fatal heart attack on 12 November 1955, at age 46. Meanwhile, his son Joseph studied at Trinity College and Hartt College of Music; his teachers included Raymond Hanson, Noretta Conci. Clarence Watters, Josef Marx, Luigi Silva and Fernando Valenti; he was the last, youngest pupil of Wanda Landowska. While at Hartt, he met cellist Phoebe Joyce, who became his wife in 1966. The young couple settled in Cambridge, Massachusetts. Payne served for many years as lecturer at Boston University and He lectured at Northeastern University and at the Boston Architectural Center. He toured extensively throughout North America and then in Europe, where his first appearances were under the aegis of the BBC. For many years he was organist and music director for Emmanuel Episcopal Church, Boston; under his direction, WGBH offered the first live broadcast in North America of a Christmastime Festival of Lessons and Carols. His most personal and signal honour was the invitation to play at the reinaugration of the restored Wenzelkirche organ at Naumburg, the only large organ designed by Bach. Though his performance debut featured contemporary music, and though he gave the first performances of works by Norman Dello Joio, Elliott Carter, Charles Wuorinen, Arnold Franchetti and other prominent contemporaries and was the accompanist of Joan Sutherland on her first American tour, he was most widely known as a harpsichord recitalist who specialized in the work of Baroque composers, some of them little known. He started a recording career with the Haydn Society and from the 1960s onwards he made over a hundred solo recordings, recording for Vox, Turnabout, Decca and Musical Heritage labels: in 1964 his was the first recording of selections from the Fitzwilliam Virginal Book a contemporaneous anthology of Elizabethan works for keyboard. His Spaced-out Bach explored the quadraphonic technology and enjoyed a cross-over success. A 1995 music review in The Boston Globe began "Organist Joseph Payne has probably recorded more music than most people have heard." Across Europe he sought to record on historically appropriate organs, applying his impeccable attention to stylistic detail. His concertizing extended to radio– notably his PBS series The Bach Connection for the Bach tercentenary– and television, for which he composed and performed music for PBS' Classic Theater, Nova and Revolutionary Women.

Discuss this Joseph Payne biography with the community: