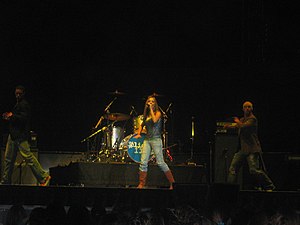 Who is Kaci Brown?

Kaci Deanne Brown is an American pop and R&B singer. Born in Zeeland, Michigan, she moved with her family to Sulphur Springs at age 12 in 2001, then in 2003 moved to Nashville initially with the intention of developing a career in country music. Instead, she chose a pop career and toured with the Backstreet Boys. At age 17, she released her debut album Instigator via Interscope Records in 2005. She co-wrote all but one of the album's songs with producer Toby Gad.

She has charted two singles on the U.S. Dance/Club Play Songs chart.

Discuss this Kaci Brown biography with the community: