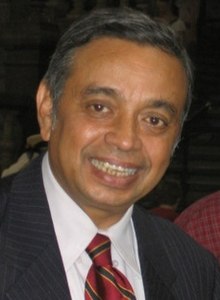 Who is Kamal Uddin Siddiqui?

Working as faculty at the Monash University, Kamal Uddin Siddiqui, usually known as Kamal Siddiqui, is an economist and social scientist from Bangladesh.

In 1971, he participated in the Liberation War of Bangladesh. A career civil servant, he served as the Principal Secretary to the government of Bangladesh until 2006. He was nominated by Bangladesh for election to the United Nations Committee on the Rights of the Child, and served from 2005-09. He was until 2006 Chief Editor of the Encyclopedia of Flora and Fauna of Bangladesh, the first volumes of which were published in 2008 by Asiatic Society of Bangladesh.

Discuss this Kamal Uddin Siddiqui biography with the community: