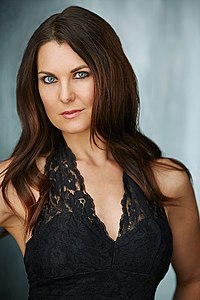 Who is Katarina Waters?

After signing with WWE, she competed in their former developmental territory Ohio Valley Wrestling, where she became a two time Women's Champion before being called up to the main roster. After being released from WWE in April 2010, Waters joined TNA in August 2010 adopting the new ring name Winter. During her first year in the promotion she managed to win both of the promotion's women's championships, teaming with Angelina Love to win the TNA Knockouts Tag Team Championship in December 2010 and winning the TNA Women's Knockout Championship in August 2011.

Discuss this Katarina Waters biography with the community: