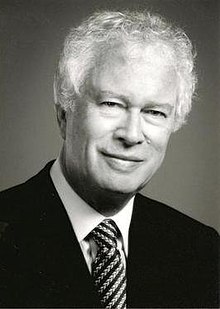 Who is Kenneth D. Taylor?

Kenneth Douglas "Ken" Taylor, OC is a Canadian diplomat, educator and businessman, best known for his role in the 1979 covert operation called the "Canadian Caper" when he was the Canadian ambassador to Iran. With the cooperation of the American Central Intelligence Agency, Taylor helped six Americans escape from Iran during the Iran hostage crisis by procuring Canadian passports for the Americans to get past the Iranian Revolutionary guard, posing as a Canadian film crew scouting locations for a film. Before the escape, the six Americans spent several weeks hiding in sanctuary in the homes of Taylor and another Canadian diplomat, John Sheardown.

Taylor is portrayed by Gordon Pinsent in the Canadian 1981 television film, Escape from Iran: The Canadian Caper which dramatizes the cover story for the operation. The later 2012 American film, Argo, focuses more on the CIA and Hollywood's role, with Taylor played by Canadian actor Victor Garber.

Discuss this Kenneth D. Taylor biography with the community: