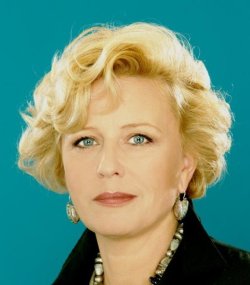 Who is Krystyna Janda?

Krystyna Janda is a Polish film and theater actress best known, in the West, for playing leading roles in several films by Polish director Andrzej Wajda, including Man of Marble and Man of Iron.

In 1982, Janda played the lead character in Ryszard Bugajski's film Przesłuchanie, which first premiered 7 years later in 1989, following the collapse of communism. Despite the film's late release, she garnered international acclaim for her performance, including winning Best Actress at the Cannes Film Festival and Polish Film Festival in 1990. In 1993, she was a member of the jury at the 43rd Berlin International Film Festival.

Janda is also known for her leading role in the second episode of The Decalogue series of Krzysztof Kieślowski.

Discuss this Krystyna Janda biography with the community: