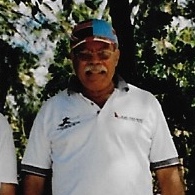 Laisenia Qarase is a Fijian political figure. He served as the sixth Prime Minister of Fiji from 2000 to 2006. After the military quashed the coup that led to the removal of Mahendra Chaudhry, Qarase joined the Interim Military Government as a financial adviser on 9 June 2000, until his appointment as Prime Minister on 4 July. He won two parliamentary elections, but the military intervened and forced him to step down on 5 December 2006. Qarase is controversial because his policies promote indigenous Fijians over those of other racial heritages in Fiji].

A native of Vanuabalavu Island in the Lau archipelago, he is one of many Lauans to have held top leadership positions in Fiji. He is the son of Josateki Mate of Mavana village.