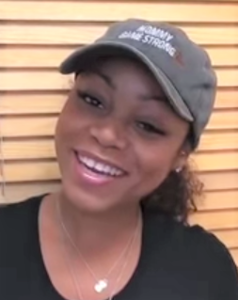 Who is LaTavia Roberson?

LaTavia Marie Roberson is an American Grammy award winning singer, songwriter, and actress. Roberson rose to fame in the late 1990s as an original member of the R&B group Destiny's Child, one of the world's best-selling girl groups of all time.

Following her departure from the group, Roberson formed Anjel along with former Destiny's Child member LeToya Luckett. After their album was shelved, Roberson went on hiatus and returned to Houston. Roberson also starred in various stage plays including Those Jeans, How to Love, and Not My Family.

Throughout a career spanning 24 years, Roberson has sold over 25 million records with Destiny's Child. Her work has earned her several awards and nominations, including two Grammy Awards and three Soul Train Music Awards.

Discuss this LaTavia Roberson biography with the community: