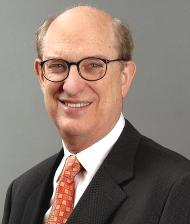 Who is Lawrence D. Brown?

Lawrence D. Brown is Miers Busch Professor and Professor of Statistics at the Wharton School of the University of Pennsylvania in Philadelphia, Pennsylvania. He was educated at the California Institute of Technology and Cornell University, where he earned his Ph.D. in 1964. He has earned numerous honors, including election to the United States National Academy of Sciences, and has published widely. He was president of the Institute of Mathematical Statistics in 1992-93. He was elected to the American Academy of Arts and Sciences in 2013.

Discuss this Lawrence D. Brown biography with the community: