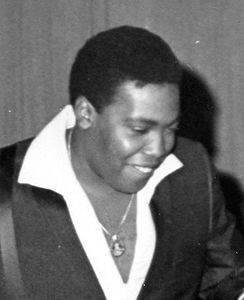 Who was Lawrence Payton?

An excellent singer in his own right, Payton sang lead on the songs "Feel Free", "Until You Love Someone" and "The Girl From Ipanema" from the Four Tops Live! album but he was often overshadowed by the more popular Levi Stubbs. He died in 1997, aged 59, from liver cancer in Southfield, Michigan. He was interred in Woodlawn Cemetery. Payton had 11 children. One of his sons, Roquel, went on to sing with the Four Tops.

Discuss this Lawrence Payton biography with the community: