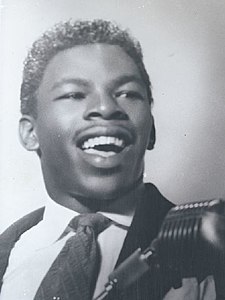 Who is Lloyd Price?

Lloyd Price is an American R&B vocalist. Known as "Mr. Personality", after the name of one of his biggest million-selling hits. His first recording, "Lawdy Miss Clawdy" was a huge hit on Specialty Records in 1952, and although he continued to turn out records, none were as popular until several years later, when he refined the New Orleans beat and achieved a series of national hits. He was inducted into the Rock and Roll Hall of Fame in 1998. Since the beginning of the Billboard Hot 100 era in 1958, Price is the earliest surviving solo artist to have generated a #1 single on that chart.

Discuss this Lloyd Price biography with the community: