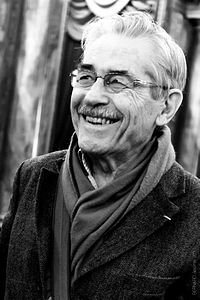 Who is Louis Pouzin?

He studied at the École Polytechnique.

His work influenced Robert Kahn, Vinton Cerf, and others in the development of TCP/IP protocols used by the Internet.

Having participated in the design of the Compatible Time Sharing System, Pouzin wrote a program called RUNCOM around 1963/64. RUNCOM permitted the execution of contained commands within a folder, and can be considered the ancestor of the command-line interface and shell scripts. Pouzin was, in fact, the one who coined the term shell for a command language in 1964 or '65. Pouzin's concepts were later implemented in Multics by Glenda Schroeder at MIT.

In 2013, he founded Savoir-Faire, an alternative root company, with Chantal Lebrument and Quentin Perrigueur.

Discuss this Louis Pouzin biography with the community: