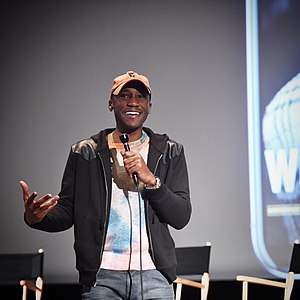 MK Asante is an American author, filmmaker, and professor. He has been described by the Philadelphia Inquirer as "a rare, remarkable talent that brings to mind the great artists of the Harlem Renaissance." He was described by CNN as "a master storyteller and major creative force." Essence Magazine wrote "Asante is the voice of a new generation." He is the recipient of numerous awards and recognitions including the Langston Hughes Award from the Langston Hughes Society and the Key to the City of Dallas, TX.

Discuss this M. K. Asante biography with the community: