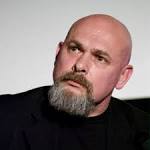 Who is Marc Caro?

Marc Caro, born April 2, 1956, is a French filmmaker and cartoonist, best known for his co-directing projects with Jean-Pierre Jeunet.

Jeunet and Caro met at a film festival in 1974, and wrote and directed three short films and the feature films Delicatessen and The City of Lost Children.

Discuss this Marc Caro biography with the community: