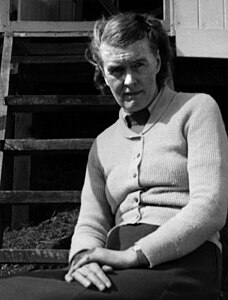 Who was Margaret Eliot?

Margaret Augusta Eliot was an English music teacher and musician. She was a professor of oboe at the Guildhall School of Music and Drama, and her best-known student was George Martin; in 2011, just before her death at age 97, she appeared in the documentary film Produced by George Martin.

Eliot was an also honorary member of the Royal Academy of Music.

Discuss this Margaret Eliot biography with the community: