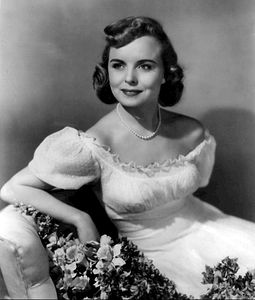 Who is Meg Randall?

Meg Randall was an American film actress who also attended the University of Oklahoma as an undergraduate, completing only her freshman year. She was active in motion pictures, radio and television between 1946 and 1961, changing her name from Gene Roberts to Meg Randall in mid-1948. Randall is best known for her portrayal of Babs Riley in the 1949 film version of the popular radio comedy The Life of Riley with William Bendix and Rosemary DeCamp, as well as her reoccurring role as Kim Parker Kettle in the Ma & Pa Kettle comedy series from 1949 to 1951. Randall's first recognizable role was in the supporting cast for the 1949 film noir classic Criss Cross which starred Burt Lancaster and Yvonne De Carlo. In 1952, she returned to the film noir genre where she headlined with Adam Williams in the intriguing suspense Without Warning.

Discuss this Meg Randall biography with the community: