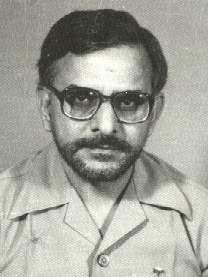 Who was Mumtaz Hamid Rao?

Mumtaz Hamid Rao was a senior Pakistani electronic media journalist and analyst. Rao was picked as the first news editor and reporter when PTV began transmission in 1965 and retired as its head of news and current affairs.

In 2001, Rao launched Pakistan's first daily online newspaper, Pakistan Times, of which he remained as editor-in-chief.

He joined Pakistan Television in 1965 from the Pakistan Press Association, where he was Chief Reporter in Lahore and retired as the Head of News and Current Affairs of PTV.

Educated at Murray College in Sialkot and later at the University of Punjab, where he graduated in Law, he has been responsible for conducting a number of journalistic courses in PTV. He headed the News and Current Affairs department in Lahore in 1972. In 1979, he made a tour of Europe to study different European network systems and completed a four-month attachment with BBC.

Discuss this Mumtaz Hamid Rao biography with the community: