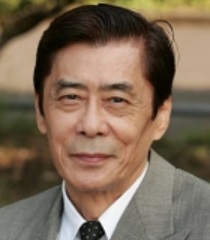 Who was Nachi Nozawa?

Nachi Nozawa was a Japanese voice actor, actor, and theatre director from Tokyo. He was affiliated with Office PAC at the time of his death. His real name was Yasutomo Nozawa. Nozawa was best known for dubbing over Bruce Willis and Alain Delon, as well as his roles in Cobra, Dororo, Gokū no Daibōken, and the Sakura Wars series.

On October 30, 2010, at 3:36 P.M., Nozawa died at a Tokyo hospital of lung cancer. He was 72 years old at the time of his death. A year after his death, he was honored with a Special Merit Award in the 5th Seiyu Awards, being recognized as a "late seiyū who contributed to many genres, especially foreign works."

Discuss this Nachi Nozawa biography with the community: