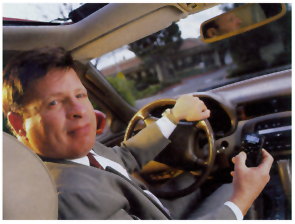 Who is Nathan Schulhof?

Nathan M. Schulhof is a technology industry entrepreneur with a career that spans over three decades. Schulhof is listed as the lead inventor on three U.S. patents,.

However, Schulhof is also listed as co-inventor on another U.S. patent, and a fifth U.S. patent references 5,557,541 and was assigned to Audio Highway Media Corporation. Audio Highway's Listen Up Player, the father of the MP3 player, won an Innovation Award from the Consumer Electronics Show in 1997 and a 1998 People's Choice Award at the 2nd annual Internet Showcase conference, held Jan. 30, 1998 and presented by Upside Media, Inc. and event host and co-founder, David Coursey.Because of his very early patents for a downloadable portable media player, Schulhof is often thought of as the father of the MP3 player.

These patents, along with the remaining assets of audiohighway.com, were acquired in 2003 by Sony Corp.

In addition to his career with Information Highway Media Corp. where Schulhof served as president, CEO and board member, he has also held executive positions with HandHeld Entertainment, TestDrive Corporation, Silicon Valley Systems and Jasmine Systems.

Born
May 17, 1949
Pittsburgh
Education
Lived in

Discuss this Nathan Schulhof biography with the community: