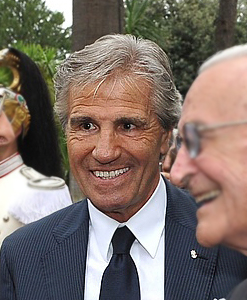 Who is Nino Benvenuti?

Giovanni Benvenuti, better known as Nino Benvenuti, is an Italian former boxer who is considered by many, including noted boxing writer Brian Doogan, to be the greatest boxer ever from Italy.

At the 1960 Olympic Games in Rome, Benvenuti earned the Welterweight division's gold medal and the Val Barker trophy as the Games' best boxer. At the end of his amateur career he had a record of 120 wins and 1 loss.

In a brief acting career, he appeared in such films as Sundance and the Kid.

Discuss this Nino Benvenuti biography with the community: