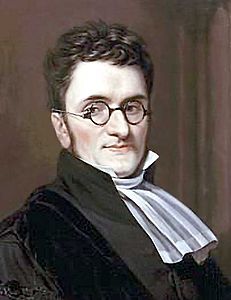 Who was Philip Willem van Heusde?

Philip Willem van Heusde was a Dutch philosopher and educator. He is known for his influence on the founders of the so-called Groningen school of theology.

He studied literature and law in Amsterdam and Leiden. In 1803 he received his doctorate in literature with a dissertation on Plato. During the same year, he obtained his law degree. From 1803 to 1815, he was a professor of history, antiquities, eloquence and Greek studies at Utrecht University, where from 1815 to 1839, he was a professor of theoretical philosophy and literature. At Utrecht, he also served as university librarian. On a journey to Rome in 1839, he died in Geneva on July 2 at the age of 61.

Van Heusde was a prominent figure in the Protestant Réveil movement during the early part of the 19th century. His humanistic ideas found widespread support from educators, theologians and jurists. During his career, he strove to improve education in high schools.

Discuss this Philip Willem van Heusde biography with the community: