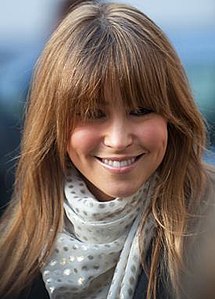 Who is Rachel Stevens?

Rachel Lauren Stevens is an English singer-songwriter, actress, presenter, dancer, television personality and model. She was a member of the pop group S Club, and launched a solo recording career in 2003, releasing seven singles and two albums in the UK between 2003 and 2005. In 2008, she came second in the sixth series of the BBC One series Strictly Come Dancing with her dance partner Vincent Simone.

Discuss this Rachel Stevens biography with the community: