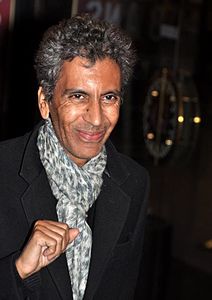 Who is Rachid Bouchareb?

Rachid Bouchareb is a French film director of Algerian descent.

Bouchareb began making short films in the 1980s. His featured film debut came in 1985 with Bâton Rouge. Since then his acclaimed films have included Poussières de vie; Little Senegal

Discuss this Rachid Bouchareb biography with the community: