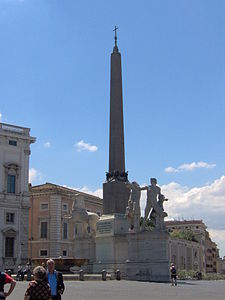 Who was Raffaele Stern?

Raffaele Stern was an Italian architect.

Born in 1774, he was educated in Winckelmann's classical and neoclassical principles, and designed a plan for a New Wing of the Museo Chiaramonti in the Vatican Museums in 1805-1806, which he was commissioned to enact in 1817. He also worked on the papal restoration of the Colosseum and Arch of Titus which were later taken on by Giuseppe Valadier. He also built a new Fontana dei Dioscuri in 1818 for Pope Pius VII supporting an ancient Roman granite seashell on top of a large basin. His pupils included Luigi Poletti.

Discuss this Raffaele Stern biography with the community: