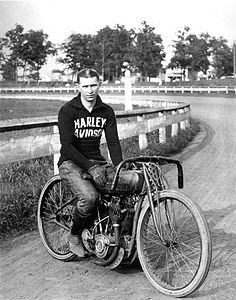 Who was Ralph Hepburn?

Born in Somerville, Massachusetts, Hepburn's family moved to Los Angeles, California when he was ten years old. He began riding motorcycles as a teen and his skills led to him signing on with a cycle performing group in 1914 that toured the West Coast and parts of the American Midwest. He then began competing in on board tracks, then on dirt. His racing career was interrupted during 1917 and 1918 due to World War I.

At the end of the 1924 American racing season, and after competing in special events in Australia, Hepburn began his auto racing career.

Discuss this Ralph Hepburn biography with the community: