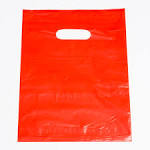 Who is Red Plastic Bag?

Stedson Wiltshire, better known by the sobriquet of Red Plastic Bag, RPB, or merely Bag, is a calypsonian from Barbados. He has won the Barbadian calypso monarch competition a record nine times. Hailing from the eastern, rural Barbadian parish of Saint Philip, RPB became one of few performers from that region in the island to become successful. He carries a large support group of fans that show up to cheer him on from Stand C when he performs against other calypsonians at Barbados National Stadium.

Red Plastic Bag began performing in 1979. He combined the sounds of reggae and soca, and has become one of the most popular performers in Barbados and throughout the Caribbean. His biggest hit, "Ragga Ragga", has been recorded in seven different languages.

As a result of the finals of Barbados' Pic o' de Crop Competition in August 2007, RPB became the island's calypso king for a record eight times, following a two-year hiatus, and pledged to defend his title in 2008, where he came in second to Adrian Clarke, but came back in 2009 to win again.

In 2011 RPB won the title of Sweet Soca Monarch with his song "Once Upon A Wine", a commentary on how Caribbean music and dance has evolved over time.

Discuss this Red Plastic Bag biography with the community: