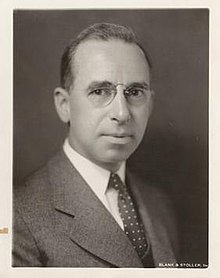 Who was Richmond Shreve?

His company Shreve, Lamb and Harmon led the construction of the Empire State Building as well as several Cornell University buildings. Shreve was also the lead architect for the landmark 1937 Williamsburg Houses housing development in Brooklyn.

Shreve attended Cornell University, taught there from 1902 to 1906, and was a member of the Sphinx Head Society. He was president of the American Institute of Architects from 1941 through 1943, and was profiled in the book The 100 Most Notable Cornellians.

Discuss this Richmond Shreve biography with the community: