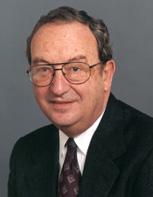 Who is Robert Pitofsky?

Robert Pitofsky, born December 27, 1929, was chairman of the Federal Trade Commission of the United States from April 11, 1995 to May 31, 2001. He had previously been Dean of the Georgetown University Law Center from 1983 to 1989, and is currently a professor there, teaching in the areas of antitrust and Constitutional law.

Pitofsky was educated at New York University and the Columbia University School of Law. Before becoming chairman of the FTC, he previously held positions with the FTC as a Commissioner and as Director of the Bureau of Consumer Protection.

Pitofsky is the primary author of one of the most widely used casebooks in the area of trade regulation, now in its sixth edition.

Pitofsky is married, has three children and seven grandchildren.

Discuss this Robert Pitofsky biography with the community: