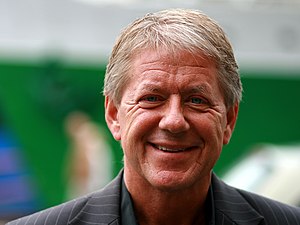 Who is Rune Larsen?

He was born in Bergen. He made his stage debut in 1957, and his television debut in 1964. By that time, he had already played with two bands, The White Shirts and The Black Diamonds, and rejected a contract offer for a solo career. After appearing on television, however, he bumped into Philips Records manager Per W. Kilde at a concert, and was promptly offered a solo contract. Larsen accepted, and released his first single with Teen Beats in October of the same year. Not long after, Larsen joined the group The Stringers. He succeeded Helge Nilsen, who soon rejoined.

Larsen started working as a journalist in Bergens Arbeiderblad in 1967. He came to refer to himself as a Christian socialist. He became involved in the YMCA in 1968, and was a devout Christian from 1969. He did not leave music as he founded a choir in Bergen named Gospel. In July in the same year he also married nurse Edle Tornes, born 1947. Gospel released LPs in 1970 and 1972. With the choir, Larsen made his deubt as a television presenter in 1970, in the Norwegian Broadcasting Corporation show Gospel synger gospels.

Discuss this Rune Larsen biography with the community: