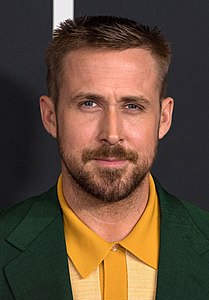 Who is Ryan Gosling?

Ryan Thomas Gosling is a Canadian actor, director, writer and musician. He began his career as a child star on the Disney Channel's Mickey Mouse Club and went on to appear in other family entertainment programs including Are You Afraid of the Dark?, Goosebumps, Breaker High and Young Hercules. His first starring role was as a Jewish neo-Nazi in The Believer, and he then built a reputation for playing misfits in independent films such as Murder by Numbers, The Slaughter Rule, and The United States of Leland.

Gosling came to the attention of a wider audience in 2004 with a leading role in the romantic drama The Notebook, for which he won four Teen Choice Awards and an MTV Movie Award. His performance as a drug-addicted teacher in Half Nelson was nominated for an Academy Award and his performance as a socially inept loner in Lars and the Real Girl was nominated for a Golden Globe Award. Also in 2007, he starred in the courtroom thriller Fracture. After a three-year acting hiatus, Gosling starred in Blue Valentine, earning him a second Golden Globe nomination. 2011 proved to be a landmark year for the actor as he appeared in three mainstream films – the romantic comedy Crazy, Stupid, Love, the political drama The Ides of March and the thriller Drive – and received two Golden Globe nominations. In 2013, he starred in the period crime feature Gangster Squad, the generational drama The Place Beyond the Pines, and the violent revenge film Only God Forgives.

Discuss this Ryan Gosling biography with the community: