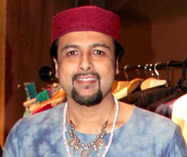 Who is Salman Ahmad?

Salman Ahmad, is a Pakistani engineer, occasional actor, science activist, and professor at the City University of New York.

He earned nation wide popularity in 2008 for his unique style of neoclassical playing in metal. An early engineer of the Vital Signs, he formed Junoon in 1990 with American Bassist Brian O'Connell and pioneered the Sufi influenced metal-rock music in Pakistan. He started his activism in mid-1990s and has been involved in two BBC documentaries concerning the issues in Pakistan such as society, education, religion and science. He has served as the UN Goodwill Ambassador for HIV/AIDS Programme towards spreading awareness about HIV in South Asia. While working with the Pakistan's media to help initiate peace between India and Pakistan, Ahmad continues to produce documentaries and solo guitar albums. At present, he is serving tenured professor at the Queens College of the City University of New York. Although, with Junoon being disintegrated, Salman Ahmad continues to perform as a solo artist under the "Junoon" label and has moved to New York and released one album as a solo artist, "Infiniti" in 2005.

Discuss this Salman Ahmad biography with the community: