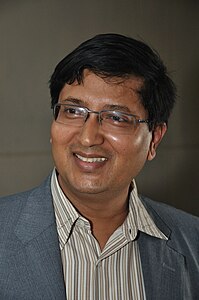 Who is Sandip Chakrabarti?

From his childhood he was interested in astrophysics. In school days he had a laboratory at home where he used to perform all the experiments and more which were done at school. At the age of sixteen, inspired by Daniken's fictions, he wrote to Prof. Martin Schmidt at Caltech, the precise value of Hubble constant and the rate of loss of energy by the sun and used his reply to compute when Mars was at the habitable zone and when the earth was going to be out of this zone etc.

After finishing his Bachelor of Science from R.K.M.

Discuss this Sandip Chakrabarti biography with the community: