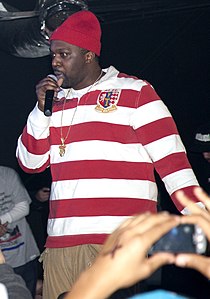 Who is Smoke DZA?

Sean Pompey, better known by his stage name Smoke DZA, is an American hip hop recording artist from Harlem, New York City. Smoke DZA decided on his moniker after being influenced by Chris Tucker's character Smokey from the movie Friday and the acronym DZA stands for "Dream Zone Achieve".

Discuss this Smoke DZA biography with the community: