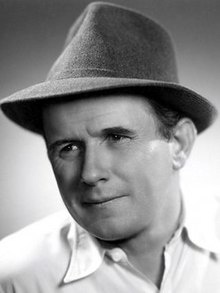 Who was Tay Garnett?

Tay Garnett was an American film director and writer.

Born in Los Angeles, California, Garnett served as a naval aviator in World War I and entered films as a screenwriter in 1920. He was a gagwriter for Mack Sennett and Hal Roach, then joined Pathé and began to direct films in 1928. Among his films are One Way Passage, China Seas, Eternally Yours, Seven Sinners, Cheers for Miss Bishop, The Cross of Lorraine, and Bataan. He is best known as the director of the 1946 thriller The Postman Always Rings Twice with John Garfield and Lana Turner. A Connecticut Yankee in King Arthur's Court with Bing Crosby and Rhonda Fleming was also well received. Garnett also worked in radio as a writer, director and narrator. He created a show titled "Three Sheets to the Wind" which starred John Wayne as Dan O'Brien, an American private eye posing as a drunk on a luxury liner sailing from England in 1939.

After directing one of Loretta Young's last theatrical films Cause for Alarm!, Garnett travelled to the United Kingdom in the early 1950s for a few films.

Discuss this Tay Garnett biography with the community: