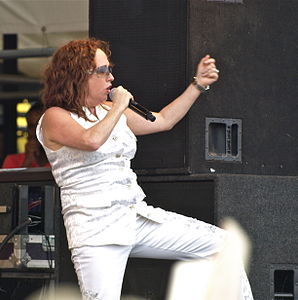 Who was Teena Marie?

She was known for her distinctive soulful vocals, which initially caused many listeners to believe she was black. Her success in R&B and soul and loyalty to these genres would earn her the title Ivory Queen of Soul. She played rhythm guitar, keyboards, and congas. She also wrote, produced, sang, and arranged virtually all of her songs since her 1980 release, Irons in the Fire, which she later said was her favorite album.

Discuss this Teena Marie biography with the community: