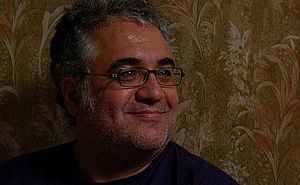 Who is Ümit Ünal?

Ümit Ünal, is a film director, screenwriter and author. He is the scriptwriter for eight Turkish feature films including Teyzem, Hayallerim, Askim ve Sen. He has published one book of stories and two novels. He has been working as a TV commercials director since 1996. His first feature film as a director is 9 which won many awards in various film festivals and was the Official Turkish Entry for the 2003 Academy Award for Best Foreign Language Film. In 2004, he directed Istanbul Tales, with four other Turkish directors. In 2008, he wrote and directed Ara. Movie was granted the Special Jury Prize at 27.Istanbul International Film Festival and Best Script and Best Editing awards at 15. International Adana Golden Boll Film Festival. Ünal, made a screenplay adaptation of the famous Turkish novel, Gölgesizler by Hasan Ali Toptaş in 2008. In 2010, he directed Ses of which script was written by Uygar Şirin. In 2011, Ünal wrote and directed his currently last film, Nar.

He currently works as a freelance director/writer, living in Istanbul and London.

Discuss this Ümit Ünal biography with the community: