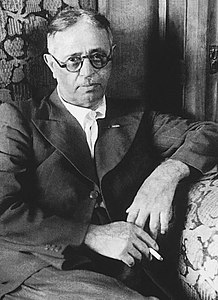 Who was Uzeyir Hajibeyov?

Uzeyir bey Abdul Huseyn oglu Hajibeyov was an Azerbaijani and Soviet composer, conductor, publicist, playwright, teacher, translator, and social figure from Azerbaijan. He is recognized as the father of Azerbaijani composed classical music and opera. Uzeyir Hajibeyov composed the music of the national anthem of Azerbaijan Democratic Republic. He also composed the anthem used by Azerbaijan during the Soviet period. He was the first composer of an opera in the Islamic world.

Discuss this Uzeyir Hajibeyov biography with the community: