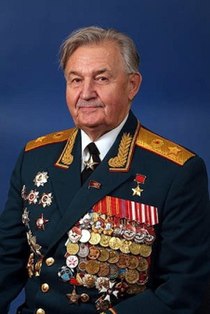 Valentin Ivanovich Varennikov was a Soviet/Russian Army general and politician, best known for being one of the planners and leaders of the Soviet war in Afghanistan, as well as one of the instigators of the Soviet coup attempt of 1991.

Discuss this Valentin Varennikov biography with the community: