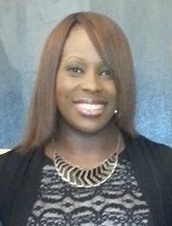 Who is Vanessa Gibson?

Vanessa L. Gibson is a former state Assemblywoman for New York's 77th district, which includes the Concourse, Highbridge, and Morris Heights sections of the Southwest Bronx.

A resident of Morris Heights, Gibson graduated from Murry Bergtraum High School in 1997. She earned a bachelor's degree in sociology from the University of Albany in May 2001. Gibson received a M.P.A. from Baruch College in May 2009.

In her senior year of college, she was an intern to Assemblywoman Aurelia Greene. Two years later, in November 2003, Gibson was promoted to the District Manager for Greene's 77th District.

Gibson was first elected to the State Assembly in a June 2009 special election to replace Greene, who earlier that year had joined the cabinet of Bronx Borough President Ruben Diaz, Jr..

Gibsion ran for City Council Member and won in 2013. She currently serves as the City Council Women for District 16.

Discuss this Vanessa Gibson biography with the community: